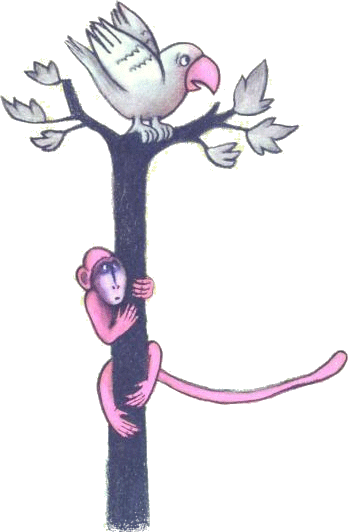 It’s july, 2010. Hello and welcome to my web-site.
I continue to paint and to write and I have more paintings and illustrations that I am happy to donate to worthy causes (as I have been doing)

Small canvases (collage and oil sticks) titled It’s Like This, were exhibited in one-person shows at Storyopolis in Los Angeles and The Rose Cafe in Venice, in 2004, 2006 and 2009.

My exhibit at The Rose Cafe, consisted of recent larger works (collage and acrylic on paper). Whether figurative or abstract, the paintings ranged from dark themes to whimsical, and were grouped under the title We’re All In This Together. Trite perhaps, but true. Included were images from history and the natural world; what’s left, discarded, what’s under our feet.

Partial FINE ART EXHIBITS
Many group and juried exhibits, 1951-2005
including the San Diego Museum of Art, Univ. of California at Riverside, Brand Library in Glendale, Forbes Hall in Santa Monica.

Information about collections, exhibits and prizes upon request.

AWARDS FOR ILLUSTRATION
Southern California Council for Literature for Children and Young People; 1975 for SON OF THUNDER and 1977 for LITTLE GORILLA.

As a child I was always drawing. My ambition at age six was to paint the world’s most beautiful picture of a sunset. By ten that ambition was tamed. That was also the year we moved north from Milwaukee to New London, Wisconsin, pop. 4,000. I immediately fell in love with the “country” one block away. And all through junior high and high school I carried the label of “class artist,” drawing for the school newspaper and Yearbook. At the University of Wisconsin I discovered poetry and took a writing class. The professor noted that I had “unusual promise, a pleasing humanity.” I didn’t give it a thought. I was going to be a painter.

After college, I moved to New York City. Every afternoon I conducted art classes for children at a Settlement House and every morning, I painted at the Art Students League.

I was offered a trip to Israel, a country not yet one year old. After an unforgettable year and a half in Israel and Paris, I married, and my husband Harry and I attended Cranbrook Academy of Art in Michigan. Soon after my daughter, Noa, was born. After more moves we settled near Los Angeles where my three sons Jonah, Adam and Jesse, were born.

I discovered children’s books with my children, never tired of reading to them, but never dreamed I’d ever write books myself; I thought that painting what I needed to say was enough for one lifetime.

In 1970, I found myself drawing little green elephants talking to flowers, rabbits peeking out of the ground; creating whimsical drawings instead of big serious paintings. I was having fun so I just let it happen. And then, in 1971, I grew my first vegetable garden. I spent more time holding hands with the cucumber vine than working in my studio.

By some mysterious, organic process, as the plants began to die and sink into the ground, and feeling that I had witnessed the whole cycle of life and death in one summer, I began to write. Simple words like Green, Grow, Flower, became as real and solid to me as paint. I filled up sketchbook after sketchbook with words and pictures of everything I imagined and loved–my first picture book was published in 1973–and interspersed with periods of painting, I haven’t stopped writing since.

INDIAN BUNNY (reissued as BRAVE BUNNY) was inspired by my feelings of connection with the natural world. I’ve always loved gorillas. It was natural to make the hero of my story of love (and don’t we all need love?) a little gorilla. There are only one hundred and thirty three words in LITTLE GORILLA (including all the ands) but it took me two years to uncover what it was that I really wanted to say.

THE DANCING MAN, evolved over a period of seven years, is the story of a creative life from beginning to end, and beyond. I chose dance as the medium because I love to dance, have folk danced for many years and believe in the power of dance to bring people together. The illustrations for the book are set in my parent’s eastern Europe and have a shetl flavor.

THAT’S HOW IT IS WHEN WE DRAW, poems and art inspired by my sub-dominant hand, dig-down-past-the-adult-judgemental-kind-of-drawing is dedicated to “every growing and surprising thing.”

My novel, BUTTERFLIES AND LIZARDS, BERYL AND ME has given me a second chance to grow up, has given Charley a chance to say at the end, “at least for this minute, the space inside of me is big enough, and wide enough, to hold it all.”

When I wake before dawn and think about the terrible events in the world, or slip into sadness about my own fears, Joseph Campbell’s words, “joyful participation in the sorrows of the world” help bring me back to the only thing I can do, that is to live in the “Now.” I’m lucky that on most days I can retreat and at other times can reach out. Lucky that I’ve had the time to slowly develop–and keep on “beginning.” Lucky that my children have grown to be resourceful and creative adults. I’m lucky that I’ve had other people’s art and poetry in my life.

A detailed bio with photos can be found in SOMETHING ABOUT THE AUTHOR, VOLUME 107.

Coming up on this web-site:

More images of my work, both recent and through the ages (I mean decades).